IT to the Business Partnership Interview: Benjamin Wilson, CTO, Oil and Gas 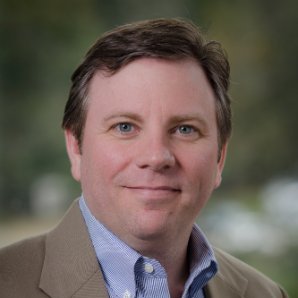 At the time of this interview, Ben Wilson was Chief Technology Officer of GE Oil & Gas and is located in Houston Texas.  As Chief Technology Officer, Ben oversaw Global Infrastructure Operations across more than 600 locations, global application support, enterprise cyber security and Industrial Internet deployment and operations.  Ben was also one of the global Cloud leaders for the General Electric Corporation.  In this capacity he is defining the overall cloud strategy for internal, external and hybrid clouds.

All industries are changing and I/T is at the heart of it.

Ben started out by describing the evolution from I/T as a computer centric activity to I/T as a business centric capability.  His examples came from his industry, where I/T doesn’t just provide technology to monitor servers, I/T provides technology to monitor well pressure for example.  Additionally, I/T provides networked instrumentation that allows the business to manage real time critical processes that can make the difference between being a well-operating business or one that is falling behind.  It is this development that is his driver to call this era the “rediscovery of I/T”.

He described a development he feels is happening every day in a similar fashion around the world.  His example was that his customers monitor wells and that they receive an electronic alert that the instrument is down.  He asked “what if within the alert they could trigger the purchase of a new part for delivery to the location where the part failed?”  In his opinion the cloud enables this through transparency and collaboration.  In Ben’s opinion, it is this development that is changing the way I/T should structure itself, which is why he adapted the “self-directed work team” approach to his I/T structure.

Industry changes are driving a rediscovery of I/T

Ben went on to talk about how the changes in capabilities in making I/T relevant again.  He noted that data access in the past brought the world EDI.  As great as that was, it was not transformative.  He noted the cloud and nimble I/T structures brings so much more to the table.  As he said that once again “I/T matters.  Location matters.  People matter.  Products that are sold to the customers, it matters that the I/T people understand it.  These things matter.”  He described that the days of the I/T generalists are gone.  In the past 15 years the market took a turn away from relevancy.  It was thought that everyone could be a generalist, and all an organization had to do was bring in some projects managers and it would all work.  That was the paradigm.  In his opinion that has been shattered.  “The companies that still do that are going to lose.  The reason is because they have not yet rediscovered that technology matters,” he said.  He gave the example of the change from Microsoft Office in 2008 to today, where there are many products that do the same thing.

“Customers want access to the data because it helps them do their jobs.  When they can access their data in relevant ways, it makes them able to answer better, the critical business questions that make a difference.  “I like to think in cause and effect,” he said.  “I/T needs to become part of ‘cause.’”

For Ben, I/T needs to become a different and more valuable asset to the organization.  It needs to leap from a servant mentality to being a proactive facilitator that crosses the traditional boundaries to get the job done.  He said that by doing this, I/T will evolve and the CIO will stop being “the Chief Information Office only to become the Chief Integration Officer,” meaning that they become the integration point for the business.  They don’t even realize what organization they are in anymore.  “The term Chief Integration Officer is not original,” he said, “but it does best describe what I want for my teams.”

His approach is summed up in one word “subsidiarity”: the empowerment of work teams at the lowest level possible to make meaningful decisions.  Ben expanded on this by recalling his background in manufacturing, and he noted that his entire approach originated from his exposure to cell manufacturing[1].

When asked how he specializes his cells to the business he quickly noted: “I think that (the premise of the question) is a little bit of a misnomer.  I have a philosophy that there are a small number of jobs that you need many, many years of experience to do.  (For the others) assuming you have the skills, once you have done it for six months or so you are as good as someone who has done the job for ten years.”  His point was that experience is not his key specialization technique.  Rather, skills and empowerment are the key ingredients of his model’s success.  “There are too many people who claim to have ten years of experience, when in reality they have one year’s experience ten times over.”  He does not dismiss having experienced people in his cells, as they provide historical context and experience refined skills.  However, his point was well made: experience can be overestimated.

The interview turned back to where the teams are located, and Ben once again emphasized his approach to making sure they are all together.  “When you have disbursed teams, you usually get simple, incremental changes (because that is the risk tolerable way for disbursed teams to deliver).  However, incremental changes are not enough anymore to keep pace.  If all you are getting are incremental changes, the business will fall behind,” he said.  “With this new wave of capabilities, the cloud for example, we have an industrial Internet, and incremental improvements will cause you to lose the race with your customers, because the customers are going to want your data too.”

When asked if his “self-directed teams” see themselves in the context of an organization structure Ben paused for a moment.  “It is both today,” he said as he thought it through.  “It depends on where they are playing.  For example, when one of the teams touches a customer it is a transformational event.  The next transformation that happens is when they go touch the cloud to access the data they need and they see how it is being presented.  The teams that have gone through this you can see the change in them.  You can tell too when teams have not yet transformed.”

When asked if he utilizes any conventional structures at all Ben said “of course.”  He noted help desk and operations as perfect examples.  However, he quickly went back to the value of self-directed teams.  To him, this model will flip the predictions that the CIO will report to the CMO.  These streamlined and focused teams will make the reporting discussion moot.  The business will feel like I/T is already reporting to it through the empowerment that the model brings.  “The success will have little to do with training.  It will have little to do with executives like me.  It will have everything to do with the psyche of the teams.”  When asked if the team structure and environment or the choice of team members is the cause of the success Ben readily admitted he was not sure.  He did note that it is important to choose the right team members.  With that said, he noted that much of the teams he manages are succeeding, and many were at the organization before he arrived.

One of the other side benefits of the team model is that the teams tend to share with each other.  They feel like they owe it to others to share what works and doesn’t with other teams.  It is a cultural sharing.  Ben is truly the “agile culture” leader.

Not for the faint of heart!

This advanced structure is not for the faint of heart.  Ben was clear there is pressure.  He noted that he was asked by the leader to which he reports recently how he feels, and he said “You know, every day I wake up and feel I am either going to get a huge pat on the back or I am going to get fired!”   He noted that disruption happens with this type of structure.  There will be resistance, and he said the leader who adopts this must be prepared for it.

[1] A lean method of producing similar products using cells, or groups of team members, workstations, or equipment, to facilitate operations by eliminating setup and unneeded costs between operations. Cells might be designed for a specific process, part, or a complete product.  Read more: http://www.businessdictionary.com/definition/cellular-manufacturing.html#ixzz34Fp4gwAG