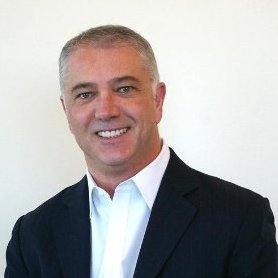 Michael was adamant from the start about having the right structure to ensure the proper focus, which may vary based on the needs of a specific company.  In general, he noted that the CIO should report to the CEO as his first choice.  This creates a relationship where I/T is more strategic, is viewed as an enabler of business strategy, and an equal partner with the sibling departments it supports.  His second choice was to report to the COO.  A CIO is generally skilled in operational excellence, so this is a logical fit.  This does, however, shift the focus of I/T from strategic to cost management a little.  His third choice was to the CFO, but does not see this as ideal as it makes I/T more of a cost center, and not an instrument for business advantage.  Michael firmly believes that I/T needs to be part of the vision of the business, as an enabler of the business strategy.  Michael feels that the CIO should be on “equal ground” with the people I/T is supporting, as I/T has a lot to offer as a “trusted partner” and business enabler.

Michael structures his team for business alignment.  Michael noted the value of a hybrid model, with a combination of centralized and decentralized teams.

In the central components Michael described having services such as development, architecture, and infrastructure.  To Michael, there is value and efficiency to be had with some centralized components.  However, he was quick to note that there are aspects of service that require a “tailored approach” and are not best done using shared services.  “It is not always a one size fits all,” he said.  Sometimes you need rapid, custom solutions.  That is why he has the business aligned teams.

Michael was articulate on the balance that needs to be kept between these two models.  He noted that it is appropriate to create a custom solution in those areas where it is a competitive advantage to do so.  With that said, where feasible, he expects some compromise so that central solutions can be implemented to the cost advantage of the entire business.

His motto: “Maximize responsiveness on the business line side.  Maximize scale and minimize cost on the centralized side.”

When Michael creates business line organizational structure, he groups like business units together (e.g. marketing and sales).  He assigns a BRM to serve these groupings, and finds by doing so it supports the business better be placing within the business relationship manager a more holistic view.  He described teams such as the “Enterprise Systems Team”, the “Corporate Systems Team”, and the “Investment Systems Team.”  This promotes alignment directly to the business line heads by having assigned resource including project managers, business analysis, and application support.  Each team is self-contained in Michael’s view “almost like their own mini I/T department” he said.

Michael likes the PMO to be fairly lean.  It includes governance, oversight, program office services, and the provision of project administrators.  He insisted he did not prefer it to be the sourcing agent of project managers, as he likes those to come from the business-aligned teams.

For strategic planning, Michael prefers to lead a governance function.  He sees an annual planning season and an ongoing function.  During planning season, Michael recommends senior leaders on an overarching team make the big decisions.  The I/T business managers work with the divisions they support to compile the demand list.  Michael sees a top down and bottom up approach meeting in the middle.  The divisions create lists of strategic initiatives (a demand management process) and compete for the apportionment, as part of the “bottom-up” process.  Meanwhile, the senior leaders set strategy, and “top-down” targets on head-count, spending, and relative appropriation of funds (i.e. one division may get more this year, as they are a focus of a specific business strategy).  The annual budget gets set based on a prioritization of the bottom-up demand within the constraints of the top-down targets.

The ongoing function is a monthly management process that monitors progress towards the original plan, and manages changes to the plan as priorities shift throughout the year, and as funding levels, forecasts, and demand pipelines change over time.  This also allows senior leaders to ensure alignment to the plan is being maintained.  I/T facilitates the annual process and ongoing oversight for the entire business.

When the strategic plan is created, Michael sees I/T having a dedicated chapter for core I/T needs, and pieces of business unit chapters on those initiatives that I/T will support.

Michael presents all I/T goals in business outcome terminology.  Michael gave some examples of these objectives:

Michael believes in connecting the dots for I/T people by asking them to know the company goals, then translating them into the divisional goals, then asking his team leaders and personnel to pick some of their own goals to map into the company goals.  Michael gives them some guidelines.  He sees this as a direct line of sight to the business.  I/T members often cite reasons for lack of job satisfaction as relating to a lack of communication and visibility, as not understanding how their work contributes to the firm, so he works hard to avoid these pitfalls.  By aligning individual and divisional goals to the firm’s strategy, you begin to ensure I/T to business alignment.

Michael looks for indicators similar to looking for signs in a strong relationship.  His question: “If things get tough, do people point fingers?”  If yes, it is a major red flag.  He likes to see a team atmosphere.

Michael also likes both the business and I/T to be speaking in the same terms and nodding in meetings.

Michael continues to look for the business to have the same business case throughout an initiative as they used to justify it originally.  When their case starts changing, he gets concerned.

See #2 answer as Michael’s objective setting process is key to this answer.

Michael also likes to promote within his team the concept to think of themselves like a professional services firm that is competing with other consultancies within his organization.  He noted “Professional services companies are our template.”  He described maximizing value by being utilized.  If I/T cannot be fast, effective, and priced reasonable, then business leaders start looking elsewhere, often to outside consulting firms making them promises.  So in fact, internal I/T really is competing with outside firms in some areas.  So, “I/T needs to be competitive to survive and borrow certain concepts from the professional services firms looking to displace us is a smart place to start.”  This includes concepts such as “engagement management”, “practice leadership”, “maximizing billable hours”, “change requests”, and others.

Michael uses public forums to applaud the success of the team (business and I/T together).  Michael also uses blogs.  He writes anecdotal stories applauding his team’s wins.  Michael also uses newsletters and online articles.  It is a fine line to promote the I/T department without overdoing it, but it is a bigger crime to under publicize their hard work.

In all-hands meetings he gives an update on I/T’s performance.  In a segment that he calls “standUPdates”, I/T people are encouraged to stand up for 30 seconds to tell other people what they are doing, or to share kudos.  This becomes a team building activity, as team members begin to compliment others publicly.  This gets their collective success out in the open in a healthy way.

Michael’s point in all of the methods he uses is to communicate value in a nuanced and subtle way.  He does not prefer self-focused compliments, otherwise they may be discounted as self-promotion.

First issue: Sometimes, some business people think I/T does only one thing, and it relates to availability of systems that when not available, reflect poorly on I/T.  Second issue: I/T is the same as it always was, and they think of it in terms of 5 or 10 years ago.

Michael believes I/T can overcome these barriers by building trust.  “Take a chance on us,” he said.  He emphasized that once the business choose to “take that chance” you need to be successful to keep them coming back.  “You only get so many of chances,” he said.

Michael realized the value of being business aligned early in his career.  He described being in a situation where he was working closely with a business division for some time.  One day in an expanded staff meeting he attended, someone introduced him and announced he was in the I/T department.  A person next to Michael turned to him and said “You are in I/T?  I thought you were for sure you were in our department!”   Mike realized the structure was working and he was successful in his role.  From that day on, Michael never lacked emphasis on the importance of alignment with the business.  It earned him rapport and respect and helped him perform his role.  He realized immersion is ideal in supporting the business, as important as when you learn a new language.

Michael likes to push the business case with the business drivers using the outcome “litmus test.”  This forces “idea people” into the process of justifying the idea using business terms.  It requires them to tell articulate the business drivers.  He noted that if the case is weak, he then uses their own answers to steer them in a more responsible direction.  He was careful to note that he doesn’t dismiss the need.  He simply tries to find a solution point that may solve the problem without a tech for tech sake solution.

Michael demands a business stakeholder own an initiative.  This can sometimes get the business to stand down from a tech for tech sake proposal.  To own it they need to buy-in to it and sell others on it first!

Finally, he noted the enterprise architecture standards can be used as a tool to dissuade from a tech for tech sake solution.

Michael had a story where a vendor pushed a “sexy Customer Resource Management (CRM) cool tool” to the business stating it was a cinch to implement.  Although it had value, it was not going to be as easy as the vendor noted.  So, Michael took his preferred approach of educating the business of the total cost of ownership in addition to demanding a business stakeholder assume responsibility as owner for the duration of the sizable project.  The business leader realized they were underestimating the ease of implementation and stood down from the request.